Trippie Redd is an American rapper and singer. Born Michael Lamar White IV, he is best-known for his chart-topping tracks ‘Dark Knight Dummo’ and ‘Love Scars’. He grew up without knowing his father and had to survive through harsh conditions. While being raised by his single mother, he listened to the contemporary rap music she played in their house. It was in 2014 that he started taking music seriously and went on to record his first two songs the following year. Following the bad response he received, he deleted them and started his music career properly after he graduated from high school. Trippie Redd net worth and fame today has been greatly influenced by his music career. Scroll down this page to discover who this artist is and how he rose from the streets to prominence.

Michael Lamar White IV was born on June 18 1999 in Canton, Ohio, United State. His father was imprisoned before he was born so he was raised by his mother all alone. She was a strong woman who did not hesitate to work hard to make ends meet. However, nothing was able to keep Michael off the streets where he associated with criminal elements and engaged in petty crimes. His mother, being an adherent lover of music listened to songs by Beyonce and Tupac, and Redd had to listen along, and was influenced into becoming a musician. He started to idolize artists such as Kiss, Lil Wayne, Nirvana and Gucci Mane.

Redd’s elder brother who was equally passionate about having a musical career passed away in a car accident. This motivated the teenager who then started taking his music career seriously. In 2014, he released number of songs including ‘New Ferrari’ and ‘Sub-Zero’, and posted them online. Though his songs were loved by locals in Ohio, Redd took them down because he was not satisfied with them. He focused on graduating from high school and then moved to Atlanta where things got better for him as he met with rapper Lil Wop.

Trippie listened to famously known artists like Gucci Mane, Tupac, Marilyn Manson, Lil Wayne, Ashanti and Beyoncé, and were inspired by their works before venturing into the world of music. After playing around with a few songs, he released his first major project, a mixtape in 2017 that was titled “Love Letter to You”. Several singles from this project were loved by many, especially the track ‘Love Scars’, which was an international hit. He never relented for a moment, but continued to put in work in the studio, and soon release many more songs in collaboration with other artists like Lil Wop and Kodie Shane. He eventually got signed Strange Entertainment Label and had to move from Atlanta to Los Angeles. In his career so far, he has worked with artists like Juice Wrld, Swae Lee of Rae Sremmurd, XXXtentacion, Rich Brian, Kris Wu, Joji, Rich The Kid, and Baauer. Some of his hit songs include;  “Thots”, “UH OH”, “18”, ”Dark Knight Dummo,” “66”, “Poles1469”, and ”F8ck You” among others.

Trippie has shown to be an outstanding artist since he stepped into the music industry, and he has been and highly appreciated by almost everyone that has listened to his music. Despite having no awards to his name till date, his fans are positive that their artist will win a couple in the years to come considering his age and the tremendous effort he puts into his work. His songs have ranked well on the Billboard hot 100 and 200 charts, and this must be something for a rap artist his age to be proud of. His song ‘Love Letter to You’ which was included in his debut mixtape earned over 15 million views on YouTube and 10 million on Soundcloud. This is also quite remarkable for this talented artist.

The 21-year old native of Ohio dated Multan Vuitton for one year until he broke up with her in 2016 for infidelity. He moved on to fellow musician Angvish but they broke up in 2018 due to problems caused by Trippie’s security issues. When he tried to make things up with his former love Multan, the model rejected him straight away and made a live stream about it. However, he has found solace in the arms of Coi Leray, a fellow rapper.

Though he has been having a pleasant career, the same cannot be said about his private life due to the strings of legal issues that he has been caught up with. He has been arrested on many occasions on charges of battery, public fighting, and criminal trespass. He was arrested in Georgia for pistol-whipping a woman. He has had feuds with fellow rappers 6ix9ine and XXXTentacion. In September 2019, 6ix9ine testified that Redd belongs to the Five Nine Brims gang.

The rapper wears a tattoo on his face which reads “Love Scars.” His height is 178cm and his weight is 63kg.

Trippie is so rich at 21 and he has his music and fans to thank for his fortune. Apart from earning decently from the sales of his singles, mixtapes and albums, the songwriter also earns from the internet where he has nearly 2 million followers on YouTube, 8 million followers on Instagram, and around a million more on twitter. His popularity simply shows that he is very loved by millions around the world who listen to his music and appreciates his work.

Trippie once claimed to have a net worth of $16 million as revealed to celebrity net worth through private messages. Though there isn’t any authentic evidence to back up his claims, Trippied Redd net worth has been estimated at $7 million in 2020. He has purchased a home worth $300,000 for his mother and lives in a more expensive mansion in Los Angeles. Because not too many young rappers have achieved what Trippie has made in just 5 years of being a part of the music business, he deserves all the respect and accolades he gets. 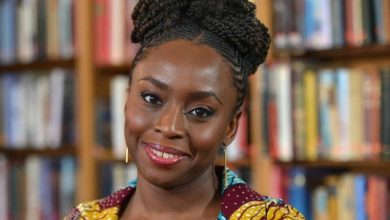