Reese Witherspoon is an entrepreneur and Academy Award winning actress who started off as a teenage actor and managed to get a foothold in Hollywood through her roles in films as well as television. She is best-known for roles in films like “Sweet Home Alabama”, “Legally Blonde”, and lots of other romantic comedies. She has also delivered stupendous performances in intense films like “Rendition”, “Wild” and ‘‘Walk the Line”, and several more which account for Reese Witherspoon net worth. The talented American actress is one of those rare women in the movie industry who have successfully struck equilibrium between critical appreciation and commercial success which is why it doesn’t look strange that she is regarded as one of the most bankable stars in the world. Asides film acting, she has also been involved in works of charity. She is an advocate for women and children’s welfare across the world and is involved with the Children’s Defence Fund. Reese Witherspoon is one of the biggest modern stars in Hollywood and her films and contributions will continue to enthral audiences for more years to come.

Laura Jeanne Reese Witherspoon was born in New Orleans, Louisiana, United States on 22 March 1976. Her family is made up of highly educated individuals. Her mother, Mary Elizabeth, held a Master’s degree and a Doctorate, and was a professor at the University of Vanderbilt. Her father, John Draper Witherspoon, served a lieutenant colonela as a doctor in the United States Army Reserves. Her older brother, John Jr., is a real estate agent.

Reese spent the earliest years of her life in Germany. Her family later returned to the United States and settled in Nashville, Tennessee. While in school, Reese was a very bright student and always finished with high grades. She attended Harding Academy for her middle schooling and rounded up at Harpeth Hall School in Nashville. She moved on to Stanford University where she began studying English literature, but left the university after a year in order to build on her dream of becoming an actress.

The 1991 movie, “The Man in The Moon” was the first one for Reese. Her performance in her debut role was appreciated by many, and earned her a role in the film “Wildfire” in the same year. With every project, her performance was getting better, and she started receiving many offers to appear in numerous movies and series. Her career beamed up when starred in the 1996 movie “Fear” and later in “Freeway” the same year. Both films turned out very successful and the actress received a lot of credit and global recognition.

The biggest breakthrough of Reese’s life happened in 2001 when she played the lead role in the movie, “Legally Blonde” and reprised her role in a much-awaited sequel, “Legally Blonde 2”. After the success of both movies, she acted in what is regarded as her best performance ever, in the movie, “Walk The Line”. She received positive response and critical appreciation for her role in this movie and her fan base increased.

Reese Witherspoon has performed brilliantly in most of the famous movies she has appeared in. We’ve listed a number of her best roles in the next section.

No doubt, Reese Witherspoon can be mentioned as one of the most talented actresses to ever walk the earth. She is one of the few actresses that has won the Screen Guild, BAFTA, Academy Award, and Golden Globe Awards in the same year. She has won several awards from many nominations throughout her career, and now has a star on the Hollywood Walk of Fame.

Reese Witherspoon has had two marriages so far in her life. She first married actor Ryan Philippe in 1999 and later divorced him in 2007 after having a second child for him. Since 2011, she has been married to a talent agent named Jim Toth, and they have a son together.

The stunning actress hardly goes unnoticed. In 2006, the now 44-year-old was named among the Top 100 beautiful women in the world. Currently, the mother of 3 weighs 52kg and has a height of 156cm.

Witherspoon has amassed a multi million dollar fortune from her success acting career. Here’s a breakdown of her sources of income and the figures she earns from her career.

She is one of the highest-earning film stars in the world. She was ranked the highest-paid actress in 2018 by Forbes. As per reports obtained, her total earning for that year alone was about $16.5 million. CBS News claims she now commands a salary of about $15 million per movie. Witherspoon also gains from being an entrepreneur. She is the owner of “Draper James”, a popular fashion clothing company that was launched in 2015 with an initial investment of $7 million. Her company has released a wide range of clothing and accessories in the market, and has been featured in Coveteur, Opera, People, and Vanity Fair magazines.

The amazing actress has earned quite a lot of money for herself and can now afford whatever she pleases. She owns a house in Los Angeles, California that was listed for $3.5 million. Her other property that was listed for $10.5 Million has been sold. She currently lives with her husband in Los Angeles and owns a Porsche Cayenne S Hybrid SUV and a Mercedes Benz E-Class both worth over $160,000 combined.

Reese Witherspoon net worth is approximately $230 million. Most of her wealth comes from the movies and series she has acted in. She is one of the most famed and loved celebrities in Hollywood. 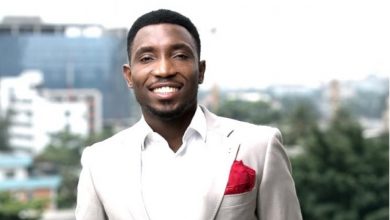