Every Game of Thrones fan definitely knows who Peter Dinklage is. Perhaps you do not know him by his real name, I am talking about the man that played the character of Tyrion Lannister. As at 2020, Peter Dinklage net worth is $15 million. He is an American producer and also an actor. He is mostly known as the man who played the Lannister’s rejected brother in GOT. Dinklage has received four Primetime and 1 Golden globe award for that particular role.

He was born in Morristown, New Jersey on the 11th of June, 1969. His birth name is Peter Hayden Dinklage and he was born to his parent, John Carl who was an insurance salesman and Diane, a music school teacher and they also have an older son, Jonathan. Peter was born with achondroplasia which is a very common form of dwarfism. He is the only dwarf in his family and he is 4 ft 5 tall.

He grew up in Brookside, Mendham Township in New Jersey. The Dinklage brothers performed puppet musicals for people in their neighborhood. Peter once said his brother’s passion for the violin was what inspired him to keep pursuing acting. Jonathan is now a violinist for Hamilton’s musicals.

Peter Dinklage went to a catholic school for boys, Delbarton School and also went to Bennington College where he studied drama.

His first theatre success came when he was in 5thgrade, he participated in the production of The Velveteen Rabbit where he played the lead. He mostly started developing his acting while he was in grade school. His inspiration came from the play “True West” that was written by Sam Shepard.

While he was in college studying drama, he appeared in various and lots of productions before graduating. He then relocated to New York with his friend Ian Bell with the hopes of building a theatre company. Peter lived in New York City for 20 years where he worked in a Data Processing company for six years before he started pursuing a career to become a full-time actor.

Peter Dinklage married Erica Schmidt in 2005 and they have two children together. The first is a girl, Zelig but they did not reveal the gender of the second child. They haven’t revealed the name or gender of their second child.

Dinklage has a face scar back from 1990 when he was kneed accidentally in the face. The scar runs from his neck to eyebrow.

His form of Dwarfism affects bone growth. Peter once said when he was younger, he was embittered and angry about his condition but he has come to terms with it now.

Peter Dinklage is a vegetarian and he has been this way since he was 16 years. He is an advocate for human rights and supports Farm Sanctuary. This man has also been a spokesperson for the Walk for Farm Animals organization and he also advocates for animal adoption.

He attended the Women’s march parade in Park City, Utah back in 2017 which advocated for policies about human rights.

Mr. Dinklage does not see himself as a spokesman for little people when he was asked if he did, he said “I don’t know what I would say. Everyone’s different, every person my size has a different life, a different history. Different ways of dealing with it. Just because I’m seemingly okay with it, I can’t preach how to be okay with it.” However, he has been seen as a role model for people with that condition.

Peter Dinklage net worth in 2020 is estimated at $15 million and most of the sources is through acting. He has acted in various roles for television films and series that has earned him such a huge net worth. His role as “TyrionLannister” has been huge if not most earning of his net worth.

Reportedly, he earns up to $500,000 per episode in GOT with some of his co-stars. The salary increased in the final season of the epic series. For the final season, he could have made up to $7.2 million or even more. This contributed a great deal to Peter Dinklage net worth.

He and his wife have a house in Hudson Valley, New York.

Peter Dinklage has gotten different awards but most of the one he has recently comes from Game of Thrones. He won a Golden Globe and also 4 Primetime Emmy’s for his performance as Tyrion on the series. From 2013 to 2017, he has nominations as Outstanding Performance by a Male actor for Screen Actors Guild Awards. He has a total of 58 nominations but only won 12.

Some of the movies the 50-year-old actor has starred in are Elf in 2003, Find me Guilty, in 2006, Underdog in 2007, Death at a funeral also in 2007, Penelope 2008, The Chronicles of Narnia in 2008 too, X-Men:  Days of future pass, Pixels in 2015 and Three Billboards Outside Ebbing Missouri in 2017. One of his greatest work as an actor has been playing the role of Tyrion Lannister on the 8 seasons of the series “Game of Thrones”.  He played the role of the brother of Cersei (Lena Headey) and Jaime (NikolajCoster- Waldau). Some of his co-stars are Emilia Clarke as Daenerys Targaryen and Kit Harrington as Jon Snow.

That is all there is to know about Peter Dinklage net worth, life, and history. One thing about Peter is that he has a great sense of humor. 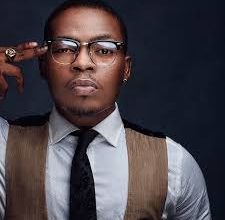 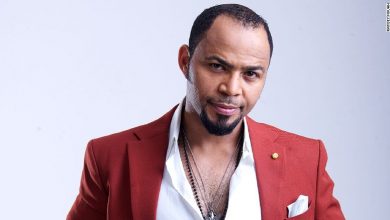