Kylie Jenner, 20, U.S. Reality TV star and the youngest of the Kardashian sisters is set to hit the Forbes billionaire list soon and may well become the youngest self made billionaire on the list.

Her dramatic increase in wealth is as a result of a cosmetics company she launched two years ago. The company named Kylie Cosmetics debuted with a $29 lip kits of matching lipstick and lip liner and has since made sales of over $630 million .

Forbes currently values the company at $800 million with Kylie Jenner still owning 100% of it and when her earnings earnings from TV programmes , endorsements and after tax dividends are added, she is conservatively worth $900 million.

According to Forbes, another year of growth will see Kylie Jenner become the youngest self made billionaire ever, male or female.

Kylie Jenner came into the spotlight by featuring in the “Keeping Up with the Kardashians” reality TV show with her family and has since then also ventured into other endeavors including modelling.

Her half sister Kim Kardashian, who is married to Kanye West and also owns her own cosmetics, clothing and mobile games line is worth $ 350 million.

Kylie Jenner in an interview with Forbes credited social media as helping to drive and power her business success story.

“Social media is an amazing platform,” she said. “I have such easy access to my fans and my customers.”

Tonto Dikeh reacts to ex-husband, Churchill’s claim of being ‘tireless machine in bed’ 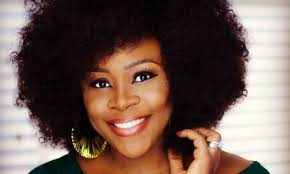