If you love watching adventures and exploring TV shows, then there’s a chance you might have heard about the TV host, Josh Gates. Josh Gates net worth comes from his career as a TV host who likes to explore and experience the whole world of unseen places, locations and mountains. He is most famous as the presenter of the Travel Channel series Expedition Unknown.

Josh Gates net worth in 2020 is $3 million. As a famous TV host and guide, he has earned huge amounts of money from his astonishing and adventurous career.

Josh Gates was born in Manchester-by-the-sea, Massachusetts, U.S on 10 August 1977. His father was a deep-sea diver, from whom he drew sea-diving inspirations from. He attended the Boston’s Tufts University in Archaeology and Drama. Moreover, as a child, he traveled with his parents to Europe. Josh grew up watching his father globe-trot to many exotic places of the world. These experiences left him a huge impact which has seen him grow up to earn popularity as an explorer and adventurer.

Josh Gates is an American TV  presenter and producer. He was the host as well as co-executive producer of Destinatíon Truth and Stranded on Syfy. Currently he hosts and co-executive produces Expedition Unknown and also Legendary Locations. Josh Gates is known as the host of several live specials for, and a guest investigator on, the TV series Ghost Hunters and its spin-off Ghost Hunters International. As a producer, he produces the related Ghost Nation series show along with other paranormal TV shows through his own production company Ping Pong Productions.

Josh Gates is probably most recognized as the host of the series Destination Truth which aired between 2007 to 2012 on the Syfy Channel. Before that part in his career, he appeared as one of the contestants on the ESPN reality show Beg, Borrow, & Deal.

Josh moved on to star in Truly Famous, a Budweiser-sponsored series in 2006. After which he hosted the Ghost Hunters live Halloween special. This was followed by a guest appearance on the first season finale episode of Ghost Hunters International.

Further, Josh has also hosted the Ghost Hunters Live 100th episode. In 2012, he has investigated paranormal activity in 2 episodes of Fact or Faked: Paranormal files. To add to these, he has been the creator, narrator, and executive producer for the reality TV show Stranded which aired on February 2013 on the Syfy Channel. Furthermore, he has appeared in a good number of commercials and television advertisements including appearances on BMW and EA Sports video games, and several others.

Who is Megan Fox – Biography, Movies, Net Worth, Marriage and More

Josh Gates is a born adventurer. He started to scuba-dive when he was 10 years old, and has been actively scuba-diving since then. Josh has a kind of rare allergy to English ivy. He trained without stop with 2 friends before climbing Mount Kilimanjaro, crediting the trip for helping him make traveling a really big part of his life.

Josh Gates has a book titled Destination Truth: Memoirs of a Monster Hunter which he published in 2011. The book chronicles all the various encounters josh had with several terrifying and dangerous creatures on his trips across the world.

Josh Gates has hosted and produced an impressive list of adventures and exploring TV shows. Josh Gates net worth comes from his career as a TV host who likes to explore and experience the whole world of unseen places, locations and mountains. Although he is most famous as the presenter of the Travel Channel series Expedition Unknown, there are several other shows which has been credited to his name. They include:

Josh Gates is a married man. He is happily married to Hallie Gnatovich who was a member of his production crew on the series Destination Truth. Hallie Gnatovich has appeared on all the 8 episodes in the 2nd season of the show. She had also worked with her husband and behínd the camera as well.

After the pair worked together in several episodes, they slowly got attracted and attached toward each other, after which they had an engagement, and subsequently tied a knot on 13 September 2014. They wedded in a private ceremony with guests consisting of only members of their family, close friends and relatives.

In 2016, the couple had their first child, a son named Owen gates. Two years later they had their second child, a daughter this time.

Josh Gates net worth is expected to be around the region of $3 million. This doesn’t come as a surprise at all seeing the record of Josh Gates’ producing and hosting credits dating as far back as 2008. A huge chunk of his wealth comes from his TV producing and hosting activities which allows him earn as much as $200,000 yearly. He also turned in a good fortune from the sales of his book titled Destination Truth: Memoirs of a Monster Hunter which he published in 2011.

It makes a lot of sense that the plethora of television shows and series would allow him to bulk up such a suitable amount of wealth, and it does not hurt that the iconic adventurer, Josh Gates, totally enjoys all the adventures from the shows that he works on.

If you have any thoughts or additions to make regarding Josh Gates Net Worth, Career, Family, and Life, you can let us know by leaving your comments in the comments section below. You may also share this post across all your favorite social media platforms by clicking on the social media buttons below. 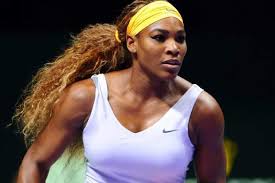