James Cameron is a famous Canadian filmmaker best known for his work in the record-breaking movies “Titanic”, “Avatar”, and “The Terminator”. A college dropout, he began learning special effects by himself and started working as special effect manager and assistant director in a number of projects until his big break came in the movie “The Terminator” starring Arnold Schwarzenegger as a robot-killer. After his movie become a global hit, he went on to make several more path-breaking films. His films “Titanic” and “Avatar” made him one of the most successful directors in the world. His works have earn him great reputation worldwide along with many awards and honours. James Cameron net worth is the evidence that all of his hardwork in the industry paid of big time. He’s a man that is passionate about science, and serves on the ‘NASA Advisory Council.’

James Francis Cameron was born to Shirley and Phillip Cameron in Kapuskasing, Ontario, Canada, on 16 August 1954. He was enrolled into Stamford Collegiate School, Ontario, and later Troy High School, California. After leaving high school, James took up a course in physics at Fullerton College but dropped out along the line, and started working as a truck driver. It was during this time that he started learning about special effects in movies and started aspiring to become a filmmaker.

James Cameron started working as special effects director and production assistant before he was propelled to success with his commercially successful film “The Terminator”. The film was his first mainstream work as a director, and it’s global success established the young filmmaker as a skilled director of science fiction movies. Following the positive reception of his first work, James went on to direct two more great movies, “Aliens” and “The Abyss”. He teamed up once more with his terminator star Arnold Schwarzenegger to direct mord blockbuster movies like “True Lies” and “Terminator 2”.

The year 1997 was a good one for James Cameron. He made the film “Titanic” staring star actors Leonardo DiCaprio and Kate Winslet. The film broke all box office records and claim the position of one of the highest grossing movies of all time. In the next twelve years that followed his success with this film, he worked in some documentaries for National Geographic and Discovery channels. He then released another blockbuster film “Avatar” in 2009, which also became a top grosser and clinched many awards. There’s a big list of great movies credited to this award winning filmmaker. Find them listed below.

As producer, director, and/or screenwriter:

James is a director who has his eyes at perfection. He has been duly recognized and rewarded by the movie industry as well as academicians for the amazing quality he brings into several fields. He has bagged many awards from the film fraternity, notably Academy Awards, Golden Globe Awards, and much more. He has bagged several honorary degrees from various American and Canadian Universities for his outstanding success in the film industry.

James has been married five times in his life. He was married to Sharon Williams for 12 years. He then tied the knot with Gale Ann Hurd who was the producer of the Terminator movie, but their union only survived for 4 years. The filmmaker took fellow director Kathryn Kathryn Bigelow as the next option. After his divorce with her, he married actress Linda Hamilton in 1997, and broke up with her in 1999 after having a daughter with her. James Cameron finally settled with Titanic fame actress Suzy Amis. They share 3 children together, and currently live in California, United States.

The Canadian filmmaker has made several great movies and has garnered an astounding wealth down the line of his film making career. We will look at his earnings and financial data below for a clearer picture of what this great film director has acquired for all his efforts.

From records available on reputable online sources, the world renowned filmmaker made $50 million in salary in the year 2009 for his film “Avatar”. The total he bagged from “Titanic” is $115 million, and over $20 million from the Terminator series. He has worked in more than 30 hit movies. Many of his works were box office record breakers and globally successful.

The millionaire Canadian director enjoys a grand lifestyle with his family. He lives with his wife and kids in California in a mansion that cost $2.5 million. He is the owner of the Beaufort Vineyard and Estate Winery situated in Courtenay, British Columbia. In the same location, he owns several other businesses including cattle ranching operations.

James Cameron net worth is $800 million. Though it was his movies “Titanic” and “Avatar” that made him one of the top earners in the film industry, his other movies also contributed substantially to his wealth and popularity.

Other notable filmmakers on our list include — Steven Spielberg • James Franco • Stan Lee. 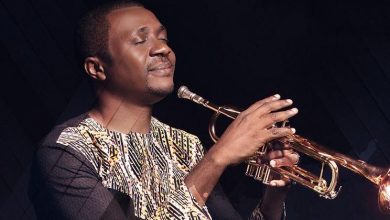