Gwen Stefani is an award-winner American singer and actress. She is also a fashion designer and the lead vocalist of the rock band “No Doubt”. With her band, she released 3 albums before embarking on a solo career. Including her work with the band “No Doubt”, Gwen has sold over forty million albums worldwide. She has diversified her career by venturing into acting in movies, and also launching clothing and accessories lines, Harajuku Lovers and L.A.M.B which alongside a successful music career account for Gwen Stefani net worth.

The 50-year-old is often described as possessing a unique vocal prowess, which has been described as a “Brash alto” by The Chicago Tribune. She has also been called “the new Madonna” by publications such as “People” and ‘‘The Hollywood Reporter’’. She has been ranked by the Billboard magazine as the 37th most successful Hot 100 artist and 44th most successful artist of the last decade.

Born Gwen Renee Stefani in Fullerton, California, United States on 3 October 1969, she is the daughter of Yamaha marketing executive Dennis, and his wife Patti, a homemaker. She had three siblings namely Eric, Todd, and Jill. She was exposed to folk music while growing up and listened to artists like Emmylou Harris and Bob Dylan.

Gwen was dyslexic. She schooled in Loara High School in Anaheim California where she made an onstage debut during a talent show to sing “I Have Confidence”, from The Sound of Music.

In 1986 she created the band ‘No Doubt’ and served as its lead vocalist. Six years after working hard, the band released its debut album which went on to be certified diamond. This was followed by the release of another album and their popularity extended beyond the United States.

In 2000, the group released the album “Return of Saturn”, and released “Rock Steady” in 2001. After years of enjoying fame and success as a single unit, No Doubt release “Push and Shove” in 2012 as their last studio album. In addition to their five compilation albums, the band has released 22 singles, 21 music videos, and 3 video albums.

Outside the band “No Doubt”, Gwen Stefani has recorded success as a solo artist. Her debut studio album was released in 2004 and she followed it up with a second album in 2006. In addition to the 4 studio albums she has released so far as a solo artist, Gwen has released 19 music videos, 24 singles, 1 video album, and 1 EP. She has been featured by many top artists in the industry including Eminem, Eve, and Pharrell.

Solo career and with No Doubt

She has also won 3 Grammy Awards from a total of 19 nominations, and from 12 nominations, she has won 4 MTV Video Music Awards. To add to her long list of award winnings, the talented vocalist has 1 People’s Choice Award and 2 My VH1 Music Awards to her name.

Gwen Stefani is the mother of 3 children. She was married to Gavin Rossdale for 14 years until their divorce in 2016. Apart from the fact that she is currently in a relationship with American Singer Blake Shelton, a man many years younger than her, she has been in many other publicized relationships as well.

Gwen’s physical appearance – red lips, 170cm height, dark eyes, and platinum blond hair make her very attractive. Her natural good look is enhanced by her fancy dress sense and it is hard for anyone to notice that the gifted singer who now weighs 55kg is 50 years of age.

Stefani has made her wealth by releasing several hit singles and albums, both as a part of the group “No Doubt” and also as a solo musician. She has released a number of platinum albums as well as many commercially successful albums. It is in the record that she has sold over 30 million albums so far. Apart from singing, she has also made a fortune from appearing in several films and television shows. She has also lent her voice to be used in animated movies like “Trolls” and “Malice”. Below is her financial data and earnings, as well as all she takes home at the end of each year of singing, performing, and touring.

In 2008, Gwen Stefani was the world’s 10th highest paid musician, and ranked 63rd among the top 100 celebrities. She earned $27 million in annual revenue from June 2007 to June 2008. She has made millions from her life as a musician, as well as from her L.A.M.B clothing line.

She served as a judge on the popular talent show “The Voice” replacing replacing
Christina Aguilera in the 7th season of the show. For her role on the show, she made $13 million per season.

Her earnings from her music venture is also hefty. Her albums as a solo artist as well as with the band “No Doubt” has sold over 30 million copies worldwide, and this is a good addition to her financial success. For headlining tours and performing in solo concerts, she made $55 million in gross ticket sales in 2007 alone as per Forbes.

Currently, Gwen lives with her boyfriend of four years in Los Angeles. The pair made the news when they bought an expensive property in Los Angeles in August 2019.

Just a month after moving in to live with Blake Shelton, Gwen sold her own Beverly Hills mansion for $21.65 million to veteran comedian Sebastian Maniscalco.

The multi-millionaire enjoys a lifestyle of luxury with her massive fortune and is usually spotted cruising around in expensive wheelies. Her collection of costly cars include a Maserati Quattroporte, a Mercedes G-Wagon, a Porsche Panamera, a Rolls Royce Wraith, and a GMC Yukon.

Gwen Stefani net worth is a staggering $170 million. The singer is considered among the most popular and wealthiest singers in the world.

Other popular singers we have covered are — Cher • Lady Gaga • Rihanna. 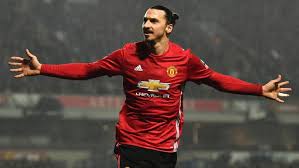 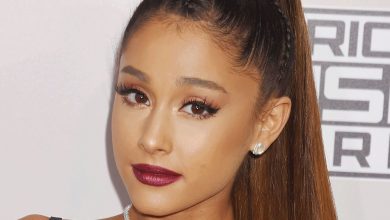 Ariana Grande Biography, Songs, Movies, Net Worth And Other Facts 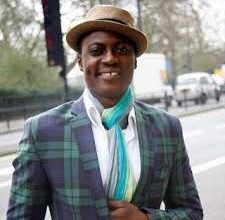