Let’s look at the biography of Gary Alexander Neville, a manchester United legend who has carved a niche for himself in the game of soccer both as a player, coach, and pundit. Presently,  with his investment in hospitality and football, Gary Neville net worth amounts to roughly $25 million.


The former Manchester United captain was born 18 February 1975 by Jill Neville, a former netball player while his father, Neville Neville, was a former league cricketer. Jill is the present general manager and club secretary for English football side Bury.

Neville grew up as a talented cricketer and played alongside former England captain Michael Vaughan at the Bunbury Cricket Festival while his younger brother Phil who also had a stint with the Red Devils and played for Lancashire‘s Under-14 team.

Neville tied the not with his girlfriend, Emma Hadfield on 16 June 2007 and the couple welcomed their first child, Molly, on 11 January 2009. It was followed by the birth of their second daughter, Sophie on 25 March 2010.

Neville joins the likes of Paolo Maldini to become a one-club man after spending his entire playing career at Old Trafford. When he hung his boots in 2011, he was behind current Wales coach, Ryan Giggs as Manchester United‘s second longest-serving player in the squad after serving as the Red Devils club captain for five years.

Gary Nevile who is also the co-owner of Salford FC is one of the most decorated Englishman and European footballers of all time, with a total of 20 trophies, that includes eight Premier League and two Champions League titles.

Hie began his career with the Red Devils as an apprentice after leaving school in 1991. His leadership quality was top-notch when he captained the youth side to FA Youth Cup glory in his first season.

This caught the attention of former Manchester United manager, Alex Ferguson which led to him making his senior debut in September 1992 against Torpedo Moscow in the UEFA Cup. He later became part of Ferguson‘s youth-oriented side of the 1990s referred to as Fergie’s Fledglings. Others include his brother Phil, Ryan Giggs, David Beckham, Nicky Butt and Paul Scholes.

Two seasons later, he became United’s first-choice right-back when Paul Parker got injured and remained so until his retirement. As part of the learning curve for him, he was on the bench in his first season as Denis Irwin was switched to right-back with Lee Sharpe, filling the left-back role.

His first goal came in 1997 against Middlesbrough in a 3–3 draw. He went on to score four more goals for United in the Premier League. He also has two goals in the  UEFA Champions League; one against  FC Basel, and the other against Lyon on 23 November 2004, in Ferguson’s 1,000th game in charge of the club that ended 2–1 in favor of the Reds.

He became a topic of discussion in January 2006, after celebrating United’s late goal by Rio Ferdinand  in front of the visiting Liverpool fans at Old Trafford. Neville ran from the halfway line towards the opposing fans to celebrate the 90th minute injury-time goal.

After his actions were criticized by Liverpool and fellow England defender Jamie Carragher, the English FA subsequently charged him with improper conduct. After paying £5,000 fine, he was also warned about his future conduct.He was also blamed by some sections of the media and police for disturbances between fans after the game.

His international career began with the English national team in 1995 when he was selected by Terry Venables for the friendly against Japan before making the right-back his position in the team for over a decade. His stint with the national team includes three European Championships and two World Cups. He is also England‘s most-capped right-back with 85 caps.

Although, the form of former Manchester City defender, Micah Richards, Liverpool’s Glen Johnson and his  Manchester United teammate Wes Brown placed his position in the national team under threat in the latter years of his career.

His brother, Phil joined him in the national team on 23 May 1996 in a match against China after starting together for United in the 1996 FA Cup Final two weeks earlier. They became the first pair of brothers to play together in an FA Cup-winning side and for England in the same season since Hubert and Francis Heron in 1877.

Having been selected by five different national team coaches, Neville was a brief England’s captain during this game after the substitution of David Beckham due to an injury shortly after half-time. A significant part of Gary Neville Net worth came from his remarkable football career.

Neville decided to quit playing on 2 February 2011, after making his final appearance against West Bromwich Albion on New Year’s Day 2011, a 2–1 victory at The Hawthorns.

Having won eight Premier League titles, three FA Cups, two Champions Leagues, an Intercontinental Cup, a FIFA Club World Cup, and two League Cups, he played in his testimonial at Old Trafford against Juventus on 24 May 2011, playing in a starting line-up that included members of the “Class of ’92“. He was joined by his Phil, Beckham, Butt, Scholes and Giggs in a match Juventus won 2–1.

As a holder of UEFA Pro Coaching Licences, Gary Nevile was appointed to the England senior team coaching staff by Roy Hodgson on 14 May 2012 and signed a four-year contract with the FA.

Having been part of the coaching team for Euro 2012, Neville continued in his role as assistant manager of England through the 2014 World Cup and subsequent Euro 2016 qualifying campaign. Gary Neville net worth has also been impacted by his coaching career.

Gary Neville was appointed as head coach at Spanish club Valencia in Spain on 2 December 2015 after his brother Phil had previously been a caretaker manager at the Mestalla and retained his England assistant coaching job.

Due to his lack of experience at the club level, the decision to hire him was a surprise in Spain. With language barrier being part of his problem, Nevile began his career as Valencia coach losing  2–0 defeat to Lyon in the Champions League and the club crashed out of the tournament after finishing third in their group.

Having been relegated to the UEFA Europa League. Valencia suffered a humiliating  7–0 away to Barcelona in the first leg of the semi-final of the Copa del Rey and the team went eight games without a victory in La Liga, since Neville took over. With criticism from the press and the club’s fans, who called for his resignation, Valencia was ousted in the competition after a 1–1 draw in the return leg.

He finally got his first win after nine games against Espanyol on 13 February 2016. The team couldn’t progress further in in the UEFA Europa League after losing the round of 16 tie against Athletic Bilbao 2-2 due to the away goals rule.

He was eventually sacked on 30 March 2016, leaving Valencia 14th in the league with only six points clear of the relegation zone.

Having won all titles competed for with the Red Devils, Nevile was awarded an honorary degree in July 2009, from the University of Bolton for his outstanding contributions to football.

Neville, who applied for planning permission to build an eco-friendly home, which would be the first zero-carbon house in northwest England In January 2010 put himself in the history book when his testimonial game was adjudged to be the most eco-friendly game in English football history.

Neville, along with fellow Manchester United legends Ryan Giggs, Paul Scholes, Nicky Butt and Phil Neville, agreed to purchase English club Salford City ahead of the 2014–15 season. The deal was agreed and the group on 22 September agreed to sell a 50% stake in the club to billionaire Peter Lim.

Apart from football, Neville also has an investment in property developments. He had ahead of his testimonial match revealed his plan to spend the proceeds towards a supporters club and hotel near Old Trafford.

His plans were later approved despite objections from Manchester United in 2012. A year later, Neville partnered with Ryan Giggs to launch a hospitality company named GG Hospitality, with plans to build football-themed hotels and cafés around the United Kingdom.

The duo was also in 2015, granted permission for a second Manchester hotel which will not be football themed. They intend to redevelop Manchester’s former stock exchange building into a boutique hotel and  bought the 1906-built Northern Stock Exchange Building for £1.5 million two years earlier.

He also decided to invest in Education with other United players who won the 1992 FA Cup. They proposed a university in Greater Manchester, named University Academy 92 . The institution would offer “broader courses than traditional degrees” and attract students who “otherwise might not go on to higher education”. These investments have contributed to Gary Neville net worth.

Now a pundit, Neville is a regular columnist in the Sports section of The Sunday Times of Malta, which is the widest circulating newspaper in the country. His media career has also contributed to Gary Neville net worth.

He had joined Sky Sports at the start of the 2011–12 season, as match analyst on Monday Night Football from Andy Gray] alongside Jamie Redknapp.

He had in 2014 started as a presenter on Sky Sports’ Monday Night Football with Ed Chamberlin. His former rival and England teammate Jamie Carragher joined a year later. The duo had been commended for their analysis, with their former on-field rivalry adding to their personalities on-air.

After four years with Sky Sports as a pundit, Neville had to quit his job and took the Valencia role in December 2015. He returned to the post in 2016 after being sacked and participated as a pundit in ITV’s coverage of 2018 FIFA World Cup.

With investments than span across football, property development, and education, Garry Neville net worthis is estimated at $25 million. 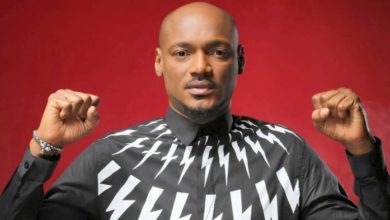