Sodamola Oluseye Desmond,who is famously called DJ Spinall and also known as TheCap (The Crazy Azz Party), is a popular Nigerian DJ who was born on the 2nd of June 1985. He is a very successful DJ and has a lot of fans in African and other continents. This article is about DJ Spinall biography and other exciting facts about him.

He is a mentor to many Nigerian upcoming DJs. He is the first Nigerian DJ to embark on a tour in America and he is also the first DJ to perform at the SXSW Festival in America.

It is also recorded that DJ Spinall is the first Nigerian DJ to be endorsed by any brand in Africa. He was once the official DJ of Mavin Records, worked in many great radio stations and did some jobs with 2face Idibia at Hypertek.

He has released so many hit singles where he featured talented Nigerian artists such as Olamide, Wizkid, Yemi Alade, Mr Eazi , Davido, and many others. Apart from being a Disk Jockey (DJ),he is a Radio personality, Hype man, Songwriter and Record producer. 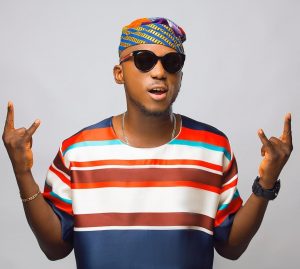 He was born in Lagos State, into a family of five and he is the third child of his parents.DJ Spinall did his tertiary education in Olabisi Onabanjo University, Ago Inoye Ogun State(OOU),where he got a degree in Electrical Electronics Engineering. After finishing from the University, he went for DJ lessons and he continually improved himself with online (Djing) videos and tutorials; and he kept on practising it on his own until he became a very  good disk jockey. He is an active member of NDJs (Nigerian DJs) worldwide.

This great talented DJ, Sodamola Oluseye Desmond,started bearing the name “DJ Spinall” in 2003 when he started his professional DJ career. DJ Spinall was first signed to Mavin Records in 2003. He has also worked as a DJ with Eko and Ray Power radio stations in Lagos. DJ Spinall has performed as a DJ in several night clubs in America, Italy, UK,South Africa, Dubai, Ghana and even in different states in his motherland, Nigeria.

DJ Spinall’s fearless style of Djing,has made him very popular and made him to work with different artist such as M.I, Ice Prince Zamani, 2face Idibia, Sean Tizzle, Burna Boy, Tiwa Savage and many others. He has performed in great tours in many countries with numerous musicians but the latest major tour was “TheCAPUSTours” which began in August 4th, 2018 . During this tour,  he performed for fans across 9 cities in the United States, including; Miami, New York City, Dallas, Florida,Washington DC, Minnesota, Atlanta, Indiana and Jacksonville.  In 2016,he performed in One Lagos Brand Launch.

DJ Spinall is not just a multi-talented individual, he also literally wears many hats. This is his trademark and has earned him the nickname The Cap (Crazy Ass Party).

However, “The Cap” according to him actually originated from the excitements received from his fans but it has stuck to him and today reflects his symbol, a cap or hat atop his head at all times. He has caps (or hats) for many occasions from weddings, to award ceremonies and to casual days on the streets. He is never afraid to wear the Nigerian native hat or cap while on a suit. He says the ladies do not mind that this is his style.

DJ Spinalls many hats are designed to earn him a nerdy and quirky look which is not typical of Djs in general but seeks to place certain curiosity within you to find out more about him. The hats he says is his way of representing the African culture.

State of Mind Entertainment which was Founded by Tobi Sanni-Daniel, who manages many great artist such as Hip Hop MC, Ice Prince and many others, is currently the manager of DJ Spinall. 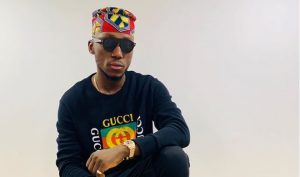 DJ Spinall has had so many great singles like :

As one of Nigeria’s most influential artists, DJ Spinall is estimated to have a net worth of about $1.6 million.

Falz speaks on why he stopped going to church 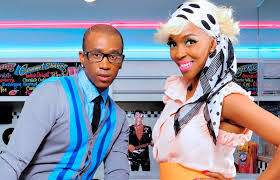 Why Nigerians are known for fraud -Jidenna