Christina Macfarlane is a renowned British journalist and television personality who currently works as a sports and news reporter for CNN International in the network’s London bureau. She has been an anchor for CNN World Sport for more than half a decade, and regularly anchors CNN news programming including CNN Newsroom, Connect the World, and Hala Gorani Tonight. Since making the decisive move to CNN in 2010, Christina has covered a lot of major live sports events, some of which are the 2016 Summer Olympics in Rio de Janeiro, 2018 Winter Olympics in Pyeongchang, and Rugby World Cup in Japan in 2019. As well as reporting from the UEFA Champions League and Six Nations, the sportscaster has fronted top sports news stories including the story around the Hillsborough disaster and Leicester City’s dream run to the English Premier League title. In October 2019 she gained international notice when she was shut down during an NBA press conference, for asking a question about the standoff between the National Basketball Association and China.

Macfarlane is the anchor of CNN feature programs Alpine Edge and World Rugby, and fronts the reputed network’s international tennis coverage. She has reported from four Grand Slam tournaments and has interviewed a handful of tennis stars including Novak Djokovic, Rafa Nadal, Serena Williams, and Andy Murray. She also sat down with Roger Federer in 2019 for an exclusive interview titled ‘Roger Revealed’. Before becoming CNN sportscaster and news anchor, Macfarlane worked as a producer for the Cable News Network’s ‘Living Golf’ feature show. She has also contributed her skill and knowledge in production on the PGA and European Tour for European Tour Productions and also with Sky Sports as part of a live broadcast operation. Macfarlane graduated from City University London with a Master’s Degree in Broadcast Journalism. She made history in 2019 at the British Sports Journalism Awards when she was awarded ‘Broadcast Journalist of the Year’, becoming the first woman in history to receive the prize. Furthermore, she is a qualified ski instructor and has had her work shortlisted by The Foreign Press Association.

Christina Macfarlane was born in Surrey, England, and was also brought up in the town of her birth. She has lived in the United Kingdom for the most part of her life and also completed her education there. While there’s inadequate information about her parents’ identities, she has revealed her relationship with Tom Macfarlane, her brother, with whom she gained ownership of a golden retriever puppy when they were younger. Tom is a social media personality and a model as well with Model Team Glasgow.

Macfarlane attended Francis Holland School in London, England, and graduated with the class of 2001. After that, she enrolled at the University of Wales in Swansea, Wales. She later transferred to Harvard University in Cambridge, Massachusetts, in the United States. Shortly after, precisely in 2003, she transferred once again to the University of Massachusetts, Amherst. When she had bagged her bachelor’s degree, she registered at City University London to pursue a master’s degree in Broadcast Journalism.

Soon after her graduation from college, Christina got the job of an assistant producer at Pinpoint Global Communications in Wentworth, Berkshire, and she worked there from 2003 to 2008. She worked as a newscaster on the Asian Golf Tour, European Golf Tour, and PGA Golf Tour. Her job made her travel to foreign places such as Hong Kong, Malaysia, and Shanghai.

After completing her Masters from City University London, she worked as a reporter and producer for the England & Wales Cricket Board in London. She stayed at this job for a period of nine months, broadcasting for the Ashes cricket series from March to November 2009

In 2009, Macfarlane joined CNN and began working as an assistant producer for the network’s ‘Living Golf’ show. In 2013, she earned a promotion to the position of reporter, and became a sports correspondent in May 2015.

With CNN, the hardworking Brit has been given the opportunity to cover many big sporting events such as the English Premier League, the French Open, the Olympics, Wimbledon, the 2015 Rugby Cup, and two European Championships. She has also interviewed some of the biggest athletes in the world including Serena Williams, Novak Djokovic, Andy Murray, and Neymar Jr after he completed a record-breaking $260 million transfer from FC Barcelona to PSG in 2017.

MacFarlane is definitely having a swell professional life, from the look of things. At the same time, she’s having a beautiful matrimonial life and enjoying the joy which motherhood brings. The gorgeous presenter is espoused to Peter MacPhail with whom she has two children. She also has a godson named George.

Born in Surrey, MacFarlane now lives in London with her family. She has an enduring passion for sport and likes to watch different sports events in her free time.

Everything about this enthusiastic lady points to the undebatable truth that she is enjoying her time in the journalism field. She has enjoyed a career in the media business where she has spent her time working as a news anchor and sports reporter for more than a few years.

Through proceeds from her work, Macfarlane has been able to save a moderate fortune. She is estimated to be $1 million rich today, and there could be more reflecting on that she has deliberately kept out her assets, investments, and other businesses from the limelight. 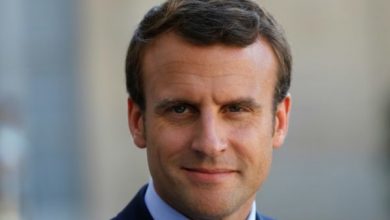