On Tuesday, Fast Rising Nigerian Singer, Teni Apata who is well known as Teni Entertainer had predicted that Liverpool will defeat Barcelona.

Teni who took to an Instagram post had predicted that Liverpool will defeat and knockout Barcelona in the UEFA Champions League Second-Leg by scoring four goals during their encounter at Anfield Stadium.

She posted: “Victory tonight!! LIVERPOOL 4 BARCA 0, what are your predictions?”

However, her fellow artiste, DJ Neptune disagreed with her claim and prediction saying, “when is not handball.”

On Tuesday night, what she predicted came to pass as Liverpool trashed and knocked out Barcelona out of the UEFA Champions League.

The brain behind the victory are Divock Origi and Gini Wijnaldum who scored two goals as Liverpool made it into the second successive final in the UEFA Champions League.

Teni’s post has since stirred reactions from celebrities after the knockout match. 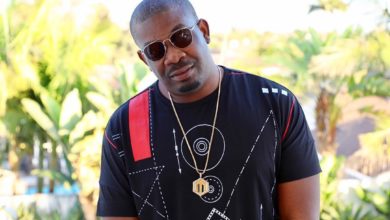