Catherine Zeta-Jones is a popular Welsh actress who came to limelight in Hollywood with the film “The Mask of Zorro”. She has been on the screen for up to two decades now. With all her years in the entertainment industry, Catherine Zeta-Jones net worth is $45 million. Catherine has been married to legendary actor Michael Douglas and they both have two children together. She became the commander of the Order of the British Empire because of her career and humanitarian works.

She is very good at what she does and has many Awards to prove that. Catherine Zeta-Jones has a Tony, Academy, BAFTA, British Academy Film Awards and many nominations. Some of the films she has appeared in are “Entrapment” in 1999, “Chicago” in 2002, “Ocean’s Twelve” in 2004, “The Terminal” in 2004, “No Reservations” in 2007, “Side Effects” in 2013, “Red 2” in 2013 and so many more. Acting is one of the major sources of Catherine Jones net worth, let us take a look at how she rose to stardom and achieved all that she has.

Catherine Zeta-Jones was born on the 25th of September, 1969 in Swansea, Wales. She was born to Patricia Fair, a seamstress and David Jones who owned a sweet factory. She is of Irish and Welsh descendant. Catherine has one older brother, David and one younger brother, Landon who are both into movie production. Her family lived in Mumbles and she and her brothers were raised there.

At age 4, her mother enrolled her in a Dance school and she also participated in stage plays in school. At a young age, she won a talent competition when she performed Shirley Bassey song and also gained media attention. When she was nine years, she played in the musical “Annie” as one of the orphans and as years went by Zeta-Jones became a tap-dancing champion.

When she was only 15 years, she dropped out of school to pursue a full career in acting.

In 1983, she also starred in the production of Bugsy Malone as a lead actress. She started living in London auditioning for roles and partaking in different productions. After this, she attended Arts Educational Schools in London where she studied for three years in musical theatre. When she was 17 years, she was chosen as the second understudy of the Lead role in the Broadway production of 42nd Street. She later played the role of Peggy Sawyer when the lead actress and first understudy were unavailable. Her performance impressed the producer who then chose her for the role.

After that success, she also played the role of Mae Jones in Street Scene.

Catherine Zeta-Jones started featuring in films in 1990. Her first was “1001 Nights” and it was not much of a success. After this, she appeared in “The Darling Buds of May”, a television series which ran from 1991 to 1993. She gained media attention and popularity with the film as it was the highest-rated show that year. In 1992, Catherine starred in “The Discovery” then the following year she played the role of a Duchess in “Splitting Heirs”.

For the next two years, she appeared in “The Return of the Native” and “The Cinder Path”. In 1995, she starred in “Catherine the Great” and also “Blur Juice”. She then decided to move to Los Angeles because she didn’t like her typecast in British films. She further explained her decision saying “There was all this fuss about who I was and wasn’t dating. I was a pretty face and a big bust and nothing else. People in the business believed what they read about me. So I decided to move away and start again”.

Her first movie in the United States was playing a Hench-woman in the film “The Phantom” alongside Treat Williams and Billy Zane. After this, she played the role of Isabella Paradine in the iconic movie “Titanic”.

Her role in Titanic movie impressed one of Hollywood great producers Steven Allan Speilberg and he recommended her to the director on “The Mask of Zorro”. She featured in the lead role alongside co-actor Antonio Banderas and Anthony Hopkins. The film was a major breakthrough for Zeta-Jones and grossed about $250 million globally. She got her first nomination for MTV Movie for Best Breakthrough Performance. This was the foundation of Catherine Zeta-Jones net worth and the journey of how she got her fame.

In 1999, she starred in “Entrapment” and also “The Haunting” alongside actors like Lili Taylor, Liam Neeson, and several others. The following year was 2000 and the actress appeared in so many hit movies like “High Fidelity” and “Traffic”. Her performance in Traffic got her many accolades and praises and she was nominated for Golden Globe as the Best Supporting actress.


Between 2001 to present, she has appeared in several movies. Some of these movies are “America’s Sweethearts” alongside Julia Robert. Then in 2002, she featured in “Chicago” which grosses about 306 million dollars worldwide and also won an Academy. Ms. Zeta-Jones won three Awards (SAG, Academy, and BAFTA) for her performance in the film. In 2003, she starred as the voice of Princess Marina in the animated film “Sinbad: Legend of the Seven Seas” and it was a huge success. That same year, she featured alongside George Clooney in the comedy film “Intolerable Cruelty”. Since she started acting, Catherine Zeta-Jones net worth has been increasing and this is because of the success of the movies she has starred in.

Some of the movies she has appeared in after this are “The Terminal” alongside Tom Hanks in 2004, “Ocean’s Twelve” alongside Julia Roberts, George Clooney, and Brad Pitt. The movies grossed about $360 million worldwide.

With all the years she has spent on the big screen as an entertainer, Catherine Zeta-Jones net worth is about $45 million. Her husband Michael Douglas’s net worth is reportedly $300 million dollars, making them a very wealthy pair. A large portion of their wealth is in real estate.

In 1998, she met Michael Douglas at a film festival in France. The pair got engaged in 1999 and got married in 2000. Their wedding cost about 1.5 million Euros and was named the wedding of the year back then by BBC. They both have two kids, a son, Dylan Michael who was born in the year 2000 and also a daughter, Carys Zeta who was born in 2003.

Their family has had their own share of trouble as the couple decided to separate in 2013. Her husband was diagnosed with tongue cancer in 2010 and the actress suffered from depression and bipolar II disorder. In 2014, they reconciled with the husband saying they were “stronger than ever”.

Catherine is also a humanitarian and has made donations to Swansea’s Longfields Center for the disabled. She auctioned an outfit in 2001 to raise funds for people suffering from AIDS in Africa. In 2015, she was named an ambassador for the charity of the National Society for the Prevention of Cruelty to children. The actress has supported s many charity organizations like Noah’s Ark Appeal and International Center for Missing & Exploited Children.

Catherine is also one of the founders of A Fine Romance and a member of the Cinema for Peace Foundation.

Lastly, that is all there is to know about Catherine Zeta-Jones net worth, life, and journey to stardom. This actress has made quite a fortune and name for herself. 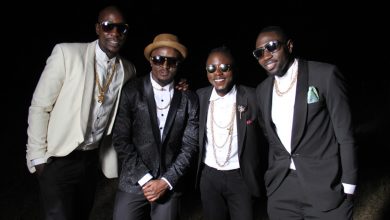 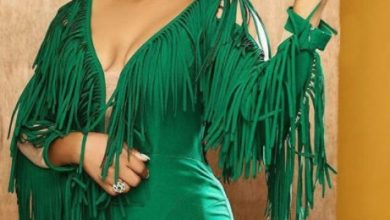