He emerged unanimously after Big Brother asked the five housemates to pick one housemate.

All the housemates chose Mike. However, his HOH position will just last for only a day unlike previous weeks.

Mike also won one million Naira and a trip for two to Mauritius.

Adekunle and his band entertained the BBNaija housemates with lots of songs from his album and party songs.

His awesome performance got the housemates excited as they danced to the cool sounds. Mike was spotted giving some Yoruba dance moves. Meanwhile, Seyi, Frodd, Mercy and Omashola were busy spraying some Pepper Dem notes. 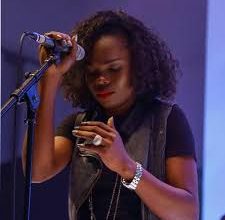 Tiwa Savage Blasts Fan Who Says Her Breast Is Flat